Our maintenance-free transferable lifetime warranty pool fence is engineered for superior strength and durability to provide long-lasting value and performance. The classic charm of our fence designs complements almost any home. With virtually no upkeep required, is it any wonder we say our Pool fencing is simply charming? You simply won't find better, more attractive pool fence styles in the market today!

C & S Vinyl Fence Inc. sells and installs Westech's products. We do all the installations. We do not sub-contract our work out. We want to ensure that our customers are satisfied! We also guarantee our labor. Not only are you getting the best products, but workmanship as well. All orders are custom made to your specific job.

Most styles available in: White or Tan

Standard styles, come with flat caps for post, but there is a variety of caps to choose from.

There are many styles of picket caps to choose from to accent your fence.

Choose a Westech vinyl pool fence for the highest quality product at the lowest price. We are dedicated to helping you find the perfect vinyl fence for your yard. Our maintenance-free pool fencing is engineered for superior strength and durability to provide long-lasting value and performance.

Note: Any picket or privacy style fence can be made pool code. 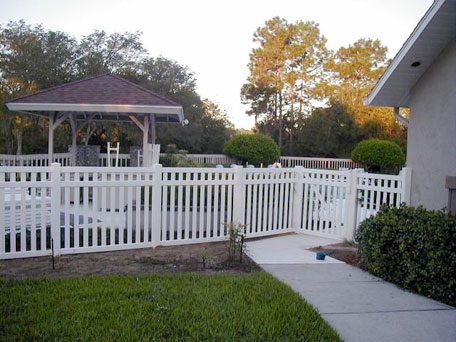 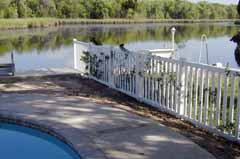 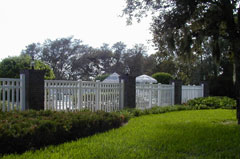 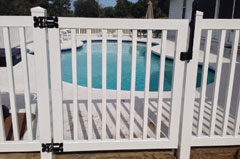 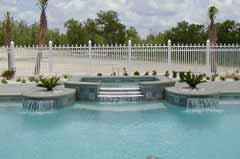 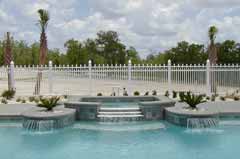 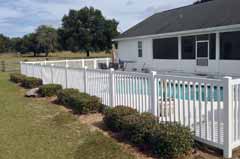 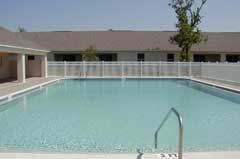 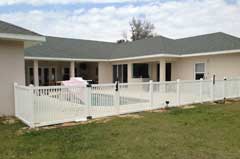 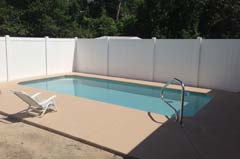